How to use Flick’s ‘Used Hashtags’ Smart Collection

A brief guide on how you can get the most out Flick's Used Hashtag Smart Collection.

Written by Josh Lemmon
Updated over a week ago

Understanding which hashtags are working best can be a daunting task, but now we’ve made it even easier. Analyzing and reading your used hashtags is vital in order to keep your hashtag strategy on track. Flick’s new ‘Used Hashtag’ Smart Collection will allow you to quickly see each and every hashtag you’ve used, alongside the key metrics you need to evaluate their effectiveness. 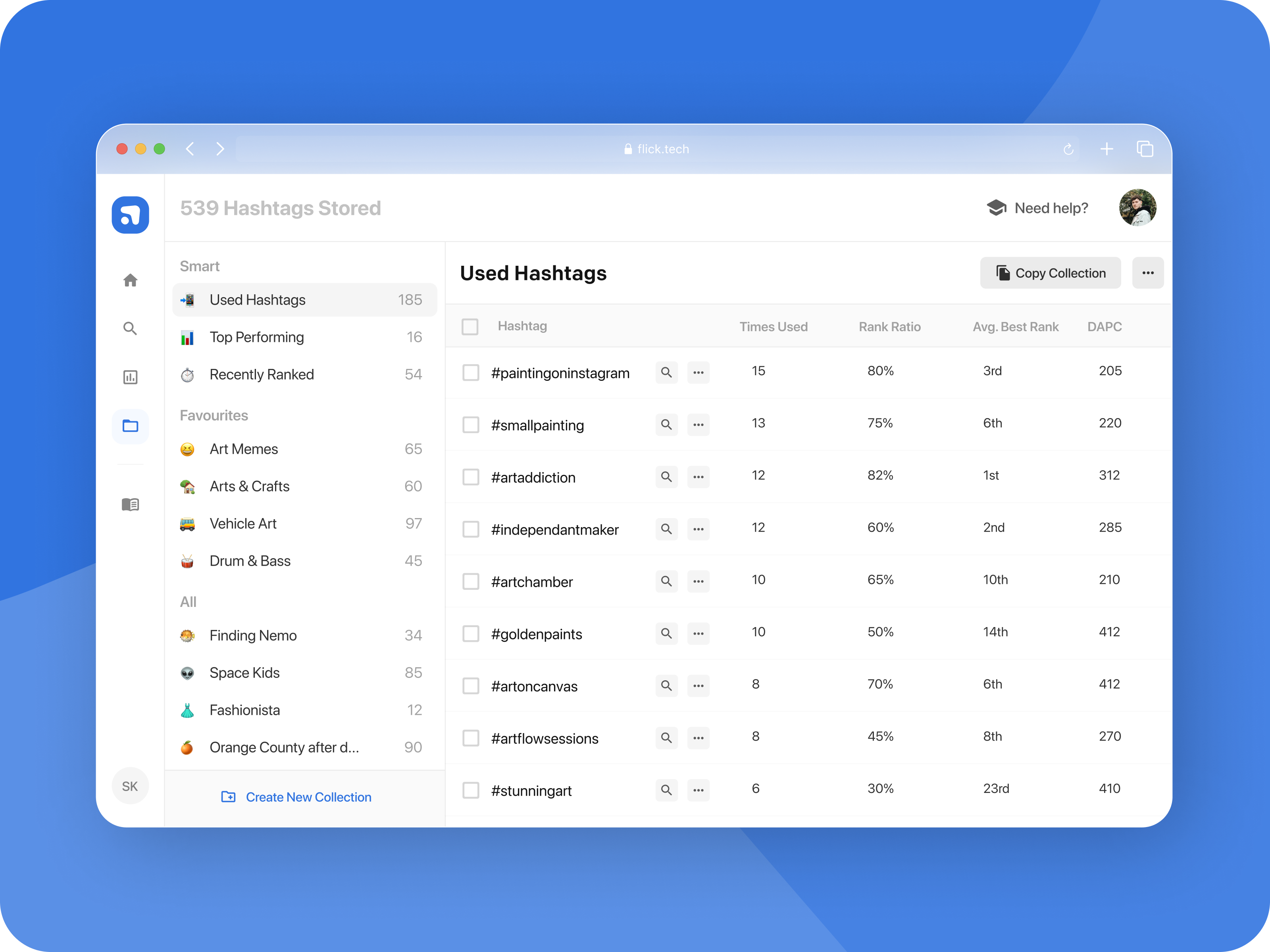 What is the ‘Used Hashtag’ Smart Collection?

Whenever you use a hashtag, we’ll add it to a Smart Collection called ‘Used Hashtags’ and we’ll store important information such as, how many times you’ve used it, the percentage of times you’ve ranked on it, and other essential metrics, helping you establish which hashtags are working best, no matter how often they’ve featured on your posts.

How to get the most out of Used Hashtags

If you’re looking for hashtags you know you can rely on, this is the place to go. Next to each hashtag in this Collection, you can see both your hashtag performance data, and the standard hashtag data next to every hashtag you’ve used in a post, over the last 6 months.

You can sort hashtags that are in the Collection by any of these metrics, making it even easier for you to find hashtags that have worked well for you in the past. For example, if you wanted to find the hashtag that you have used the most, you would click the ‘Times Used’ header, and the table will show hashtags that you’ve used most frequently, in order of most, to least used.

How does this help your strategy?

Using top-performing hashtags is the aim of any good hashtag strategy, and we often mention how using ranking hashtags can help you ‘climb the ladder’ and enable you to start performing on larger hashtags. 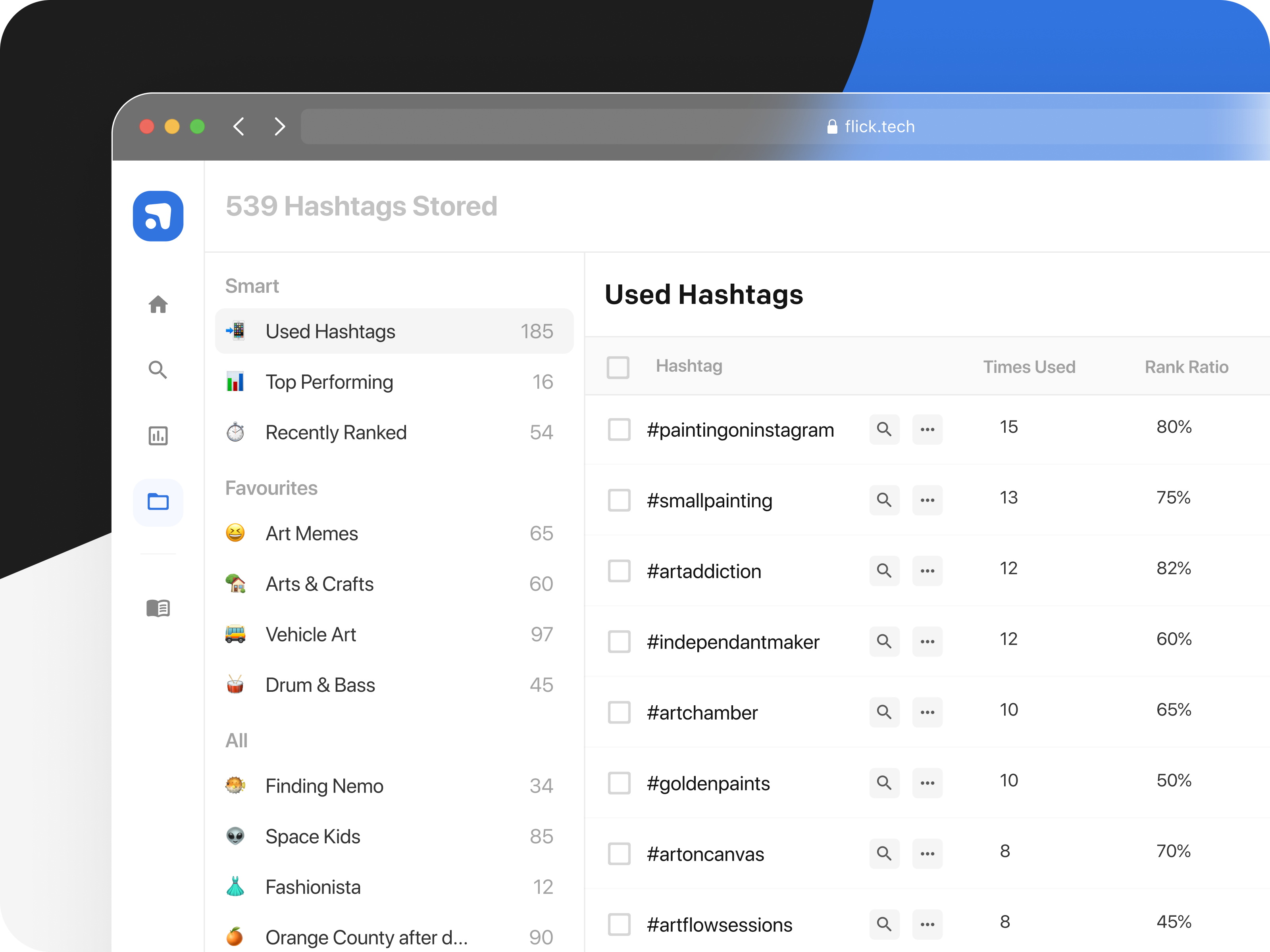 By choosing the hashtags with a higher rank ratio or the hashtags you’ve often ranked on, you’ll be able to find similar hashtags to the best-performing ones, which you can include in your future posts, and further boost your chances of ranking on more hashtags in the future. You can read more about hashtag strategy here

If you’re unsure what each metric means, you can learn more about these below.

What each metric means in this Smart Collection:

Whilst you could already track some of this on the ‘Hashtag Analyze’ section within Analytics, you can now access these hashtags from your Dashboard or Collection pages.

Because you can now view hashtag performance data across all your hashtags in your Collections, we will be removing the ‘Hashtag Analyze’ page from the Analytics Suite. This is part of a wider set of improvements we’re making to the Analytics Suite that will be released in the next few weeks.

Did this answer your question?