All Collections
Flick's Analytics Suite
Not Ranking on Instagram Hashtags?

Find out some common causes why you may not be ranking on your hashtag sets.

Written by Josh Lemmon
Updated over a week ago

Not ranking on Instagram hashtags? Although it may seem like you’ve hit a bit of a wall – don’t worry! You have actually just uncovered a potential area for improvement, and now have a benchmark that will help you start ranking.

Luckily, there’s only a few things that could possibly be causing you to not rank, and all of them can be managed or fixed.

Not sure how to fix these issues, and improve your hashtag strategy? We’ll walk you through how to combat the common causes of your content failing to rank, so you can get your account back on track.

All of the steps listed below will be using our Analytics Suite.

Cause #1: The hashtags you are using are too competitive for your account

What do we mean by “too competitive”? If the content within a hashtag that you use, isn’t similar enough in terms of engagement to your general posts, that hashtag might be too competitive.

So, how do you know if your hashtags are too competitive, and how do you fix it?

First, let’s start by checking the competition of the hashtags you’ve used by heading to ‘Collections - Hashtags Used’

Here you can see two sets of data:

First, let’s order the list of hashtags you’ve used by the ratio in which you rank on them.

If you have a low (<15%) ‘rank ratio’ it’s likely that the hashtags you’re using are too competitive for your account.

This means using hashtags with a similar average likes to what you usually achieve on your posts.

A lot of Flick users follow a strategy that is similar to the following: 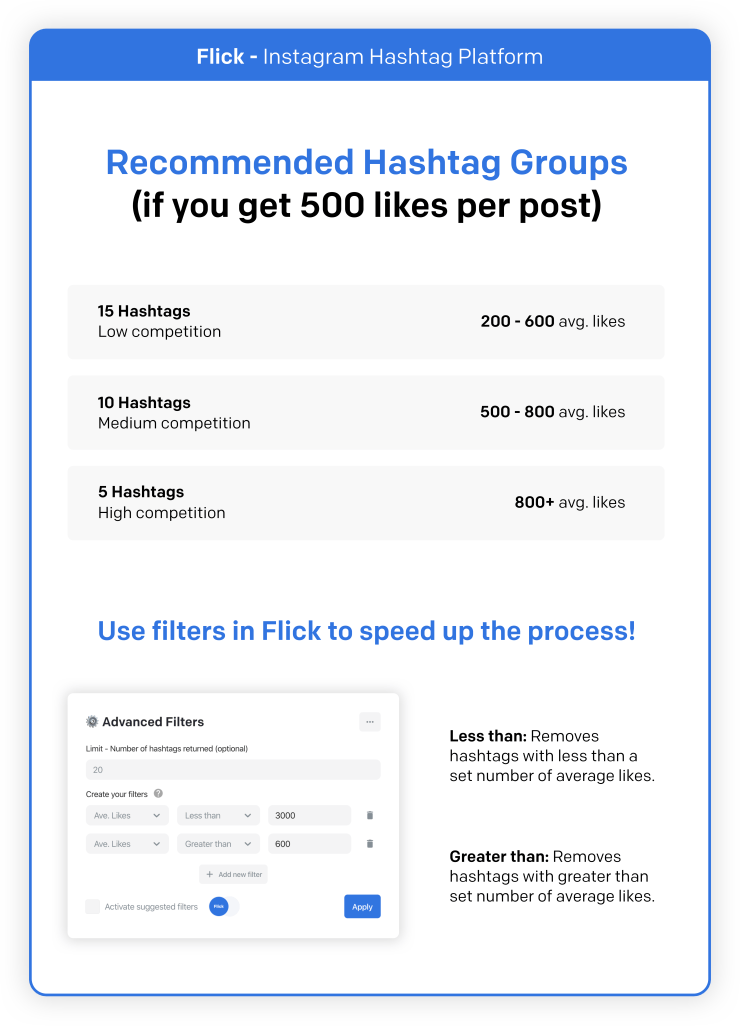 Cause #2: The hashtags are not relevant enough to the post you have made

Think of hashtags like SEO for your Instagram content. If someone is discovering your post via a hashtag, it is because they have searched for that specific keyword. So, if you’re a fitness influencer posting a workout in a food-related hashtag, it’s unlikely you’ll rank. This is because people are going to that hashtag to find food-related content, so are less likely to click on, or engage with your post. Ask yourself whether the hashtags you are using on a post, actually relate to the image or video. Think about what you would search, if you would want to find content like yours, and use this to frame the basis of your initial hashtag research.

💡 You might also find that broader hashtags don’t work for your posts either. If you are a fitness influencer, for example, try swapping out hashtags like ‘#fitness’ for more specific hashtags like ‘#5minuteabs’. 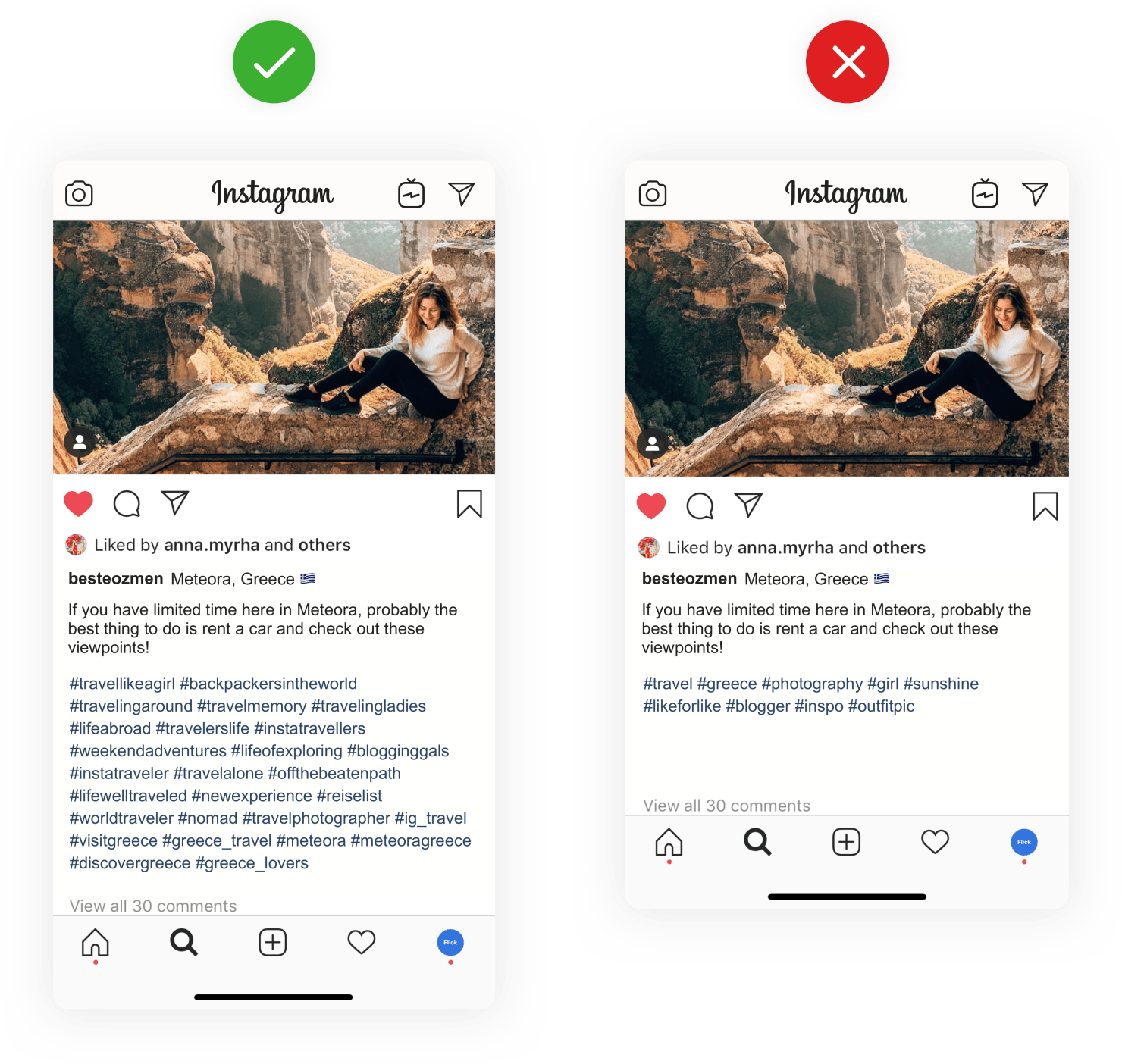 Cause #3: You haven’t given it enough time

If you have only used the hashtag a few times, and haven’t seen results yet – try to give it more time. It’s unlikely that you will rank on a hashtag every single time you post on it. Most of the time you will rank around 30%-70% of the time if that hashtag is working well for you, so you should post using a single hashtag enough times to see initial results – we recommend at least 4 times per hashtag.

Cause #4: You have used banned or flagged hashtags

If you’ve searched using Flick, your hashtags shouldn’t be banned or flagged, as we filter out and don’t suggest these to you.

Some key takeaways and important things to note:

Remember, building a hashtag strategy is a marathon not a sprint, keep at it and try applying changes and see how things go.

Did this answer your question?